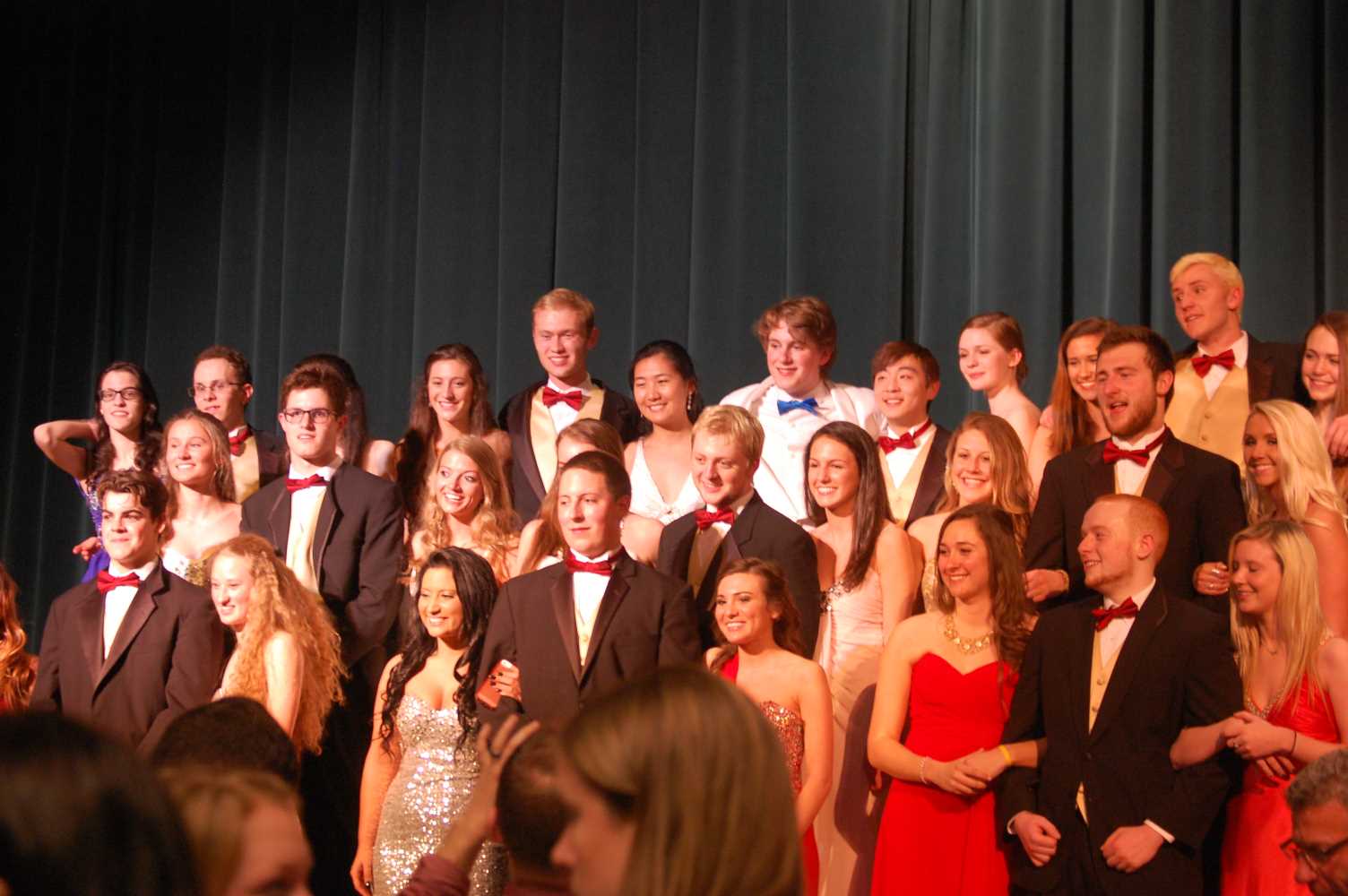 A picture from the Mr. Haverford Competition last year. Girls should be encouraged to participate in this event. (Colin McCrossan)

A picture from the Mr. Haverford Competition last year. Girls should be encouraged to participate in this event.

Every year, come the start of the second semester, excitement grows over the upcoming Mr. Haverford Competition. It is one of the most talked about nights of the year and is arguably the most popular Haverford event, selling out the seats in the auditorium yearly. Yet, for being such an enjoyable event for the student body, only half of the approximately 1,750 students enrolled in grades 9 through 12 are encouraged to participate. While girls have not been explicitly discouraged in the past, they are certainly not overtly encouraged as the assumption exists that they would not have a fair shot.

Girls should be equally encouraged to be creative and funny in the same way that the entire Haverford community encourages and supports the boys.”

Girls have only been able to participate in Mr. Haverford in the past as escorts to the male contestants or as a lesser components in the acts of the male contestants. A precedent has been set for the female escorts to act as only secondary to the main event.  There is pressure to choose the most “attractive” escorts, and many male contestants have encouraged their “girls” to wear tightly fitting dresses or revealing attire. Girls are objectified as images of promiscuity, and they are merely invited by male contestants to help them in their videos, the production, or their live talents, which are usually starred in by other male contestants anyway.

This kind of atmosphere does not allow for the artistic expression of the female body to flourish. They should be equally encouraged to be creative and funny in the same way that the entire Haverford community encourages and supports the boys. Despite overwhelming evidence to the contrary, the stereotype that women can’t be funny still persists. Our community should not allow this event to implicitly or explicitly support the persistence of this lie.

Opponents of the idea of opening the event to everyone seem to share two specific fallacies of logic. They propose that instead of trying to be a part of a male-only thing, girls should instead “start their own” and develop a “Ms. Haverford.” Additionally opponents see Mr. Haverford as a long held tradition that would only be ‘ruined’ by allowing female inclusion. Encouraging inclusion will not only start a better tradition, but it will additionally break an archaic defense strategy; just because Mr. Haverford was created with the male population in mind doesn’t mean that notion still has to hold sway in 2016.

There is fear by encouraging everyone to participate that the integrity of the event would lessen and that the name would come into question; would the new winner be called “Mr. Haverford” even if they’re a girl? I think that it would only help to create a new tradition and brand if there was a new name given to the competition and winner. A gender neutral title or competition like “Head of Haverford” or something else brainstormed and voted upon by the student body would solve that issue posed by opponents.

Haverford is not a stranger to allowing for crossing of gender lines.  In terms of gender equality and past practice, the district has seemingly set the precedent that students of all genders are welcome to cross traditional gender lines; the middle school allowed a boy to play girls field hockey as long as he wore the uniform and the football team has, in the past, had a female kicker. In all of those situations it was the talent of the individual, not their gender, that mattered. This is the way that it should be with every situation and the district should continue to follow this line of thinking.

Every student deserves to have his or her four years at Haverford be an enjoyable experience, with the opportunity to take part in any activity they wish, even if that means changing arbitrary rules or traditions.