Katie, Zee Zee, and the 11 day nightmare searching for a lost dog 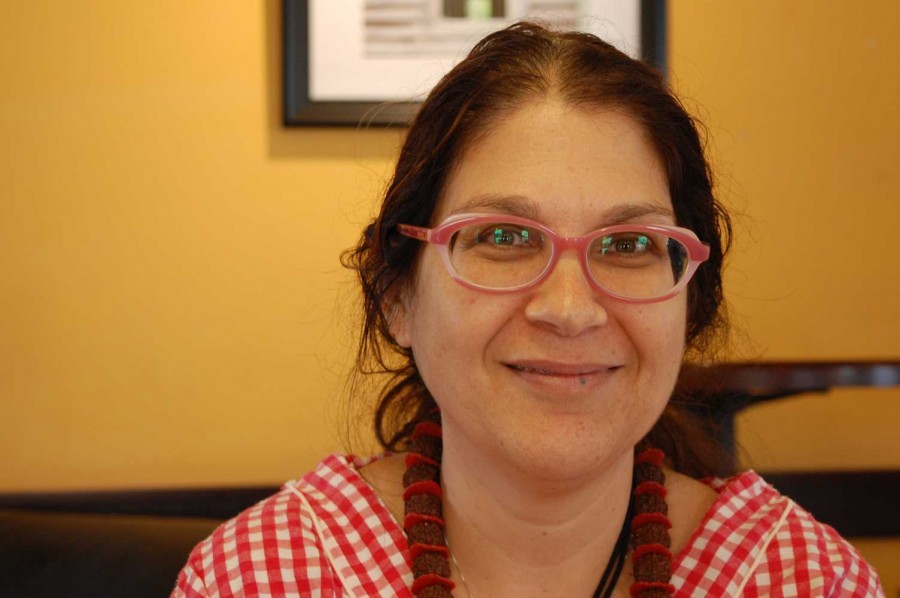 Local artist, illustrator, and author Katie Pfeiffer always had dreams about having a dog, a dog that would be more than a pet, a companion; a best friend. On rescue waiting lists for years, and growing increasingly numb to fruitless attempts of trying to find the right one, Pfeiffer’s dream floated to being just out of reach. Websites and dog finding organizations would send her matches of possible future pets that were not the small, female neutered Chihuahua that she was looking for.

Finding humor from the multitude of search results claiming to have found the dog she was looking for that would turn up Rottweilers and German Shepherds, she was about to delete yet another email claiming to have found “the one”, when she decided to open it. That Sunday morning in January Pfeiffer opened up the email to a pleasant surprise of a profile of a little Black Chihuahua smiling up at the camera, saying “Oh my God, they got it right!”. A match made in Heaven, Pfeiffer and Zee Zee hit it off meeting for the first time when Zee Zee jumped up right into Pfeiffer’s lap; she had found her dog at last.

Last August, Pfeiffer and her long time friend Michael decided to take a trip to the Jersey Shore, and having had Zee Zee since 2007, trusted that she would be fine while they were gone in the care of a Dog Sitter in Havertown they had used twice before for one day at a time. Pfeiffer and Michael got to the shore and had lunch and walked around until their room was ready and upon returning to the beach had gotten calls saying that Zee Zee had been missing since 12:30 that day. Frustrated with why the sitter had only called them hours later after she had been reported missing, Pfeiffer called the sitter back only to be confronted with screams and shouts from the other line. Michael took initiative right then and there and rushed out of the hotel to drive back to Zee Zee, and Pfeiffer found herself alone in her hotel room.

Immediately she sprung into action instead of breaking down and started calling the Police in Havertown, the Police where she lived, local shelters, agencies, and her friends saying that Michael was going to need help. Pfeiffer made it back to this area using a car service and received a call from a woman in Havertown who said she had seen her dog, “She told me that she had seen Zee Zee but that she didn’t want to help with anything else, and she went on about how ‘your dog’s probably dead’ and that ‘you should get a map!’”. This would be the first of many calls she would get concerning her dog, like the one that lead her and Michael to the backyards of houses where she had last been seen.

“The first five days, I was so out of my mind that I was doing everything I could to find her but it got to be too much because I couldn’t be making flyers if I was out looking for her” Pfeiffer says noting that this was when she realized “We needed help”. Using the networking power of social media and the internet Pfeiffer was thankfully able to get into contact with great and selfless volunteers who came from Boyertown, Media, and Delaware to help with her search for Zee Zee.

Day after day dragged on with leads here and there, and Pfeiffer even stationed herself at the Haverford Reserve Dog Park and general Reserve where she came into contact with Dann Furia, a man who lived close by who grew up in the area around the reserve who was dedicated to help. Furia made headway in the search eventually by cornering Zee Zee with two cars on the property of the Quadrangle Senior Living Community near the Reserve, but upon apprach Zee Zee had fled yet again.

On the morning of the eleventh day of her long ordeal in search of Zee Zee, Pfeiffer didn’t want to get up. Physically and emotionally drained her exhaustion seemed to finally trump her drive and passion to continue the search which seemed to always be tantalizing ending. For over 10 days she had been working day and night contacting people, getting the word out, searching through backyards, the woods, things that left little time for sleeping or eating. Yet, in a remarkable moment of perseverance and inner strength, Pfeiffer got up that morning out of her depressed state determined to keep going. And good thing she did get up, because later that fateful day last August Katie got a call from Michael telling her that Dann had rescued Zee Zee at last and she seemed to stop in her tracks; the nightmare was finally over.

Furia had managed to track down Zee Zee at a location in another spot at the Quadrangle, and capture her by coaxing her with bits of granola bar and making a wall around her with his legs. The skittish and scared dog had been living a life in the wild for over 10 days at this point and had been running from everyone she had seen until Furia put a leash around her and returned her to Pfeiffer and Michael. Zee Zee somewhat attacked Furia out of fear cutting his face and hand in a struggle to escape, but he held on and the Chihuahua and owners were reunited that day at last.

Thanks to the efforts of selfless searching volunteers, social media, Furia, and the survival skills of Zee Zee, she was able to be reunited with her owners. But the most significant efforts were found in the inner grit and drive of Pfeiffer and Michael who took action immediately to find their dog. Their determination and perseverance speaks to the very human ability to keep going in the face of insurmountable odds, all while dealing with the physical and emotional toll of not knowing if they were ever going to get their dog back. Their dog, Zee Zee, who seemed to finally, when they got her, be the one Pfeiffer had been looking for all those years. Pfeiffer says she was also amazed that tons of strangers took time out of their lives to help with the search, and that seeing that dedication also kept her going during some of the darkest moments of the never-ending ordeal.

Today, Zee Zee has almost fully recovered but acquired a food allergy and irritable bowel syndrome during her journey, Michael is writing a book about the whole thing, and Pfeiffer still maintains the Facebook page that attracted so much volunteer effort as not only a personal one for remembering the 11 days she will never forget, but also as a site dedicated to spreading the word about other dogs that have become lost.

Watch the video of the moment she was rescued taken by Dann Furia here https://www.youtube.com/watch?v=aJC3tt07Z28 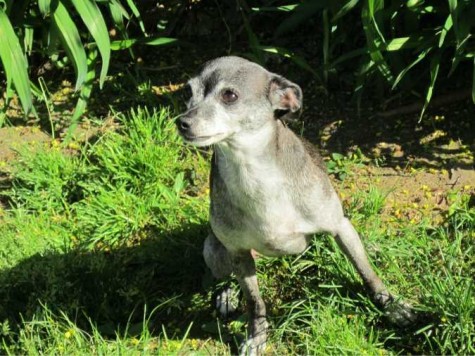 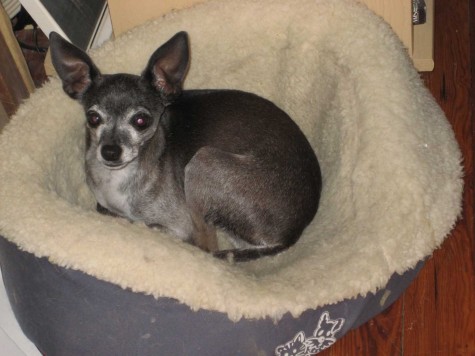 One Response to “Katie, Zee Zee, and the 11 day nightmare searching for a lost dog”