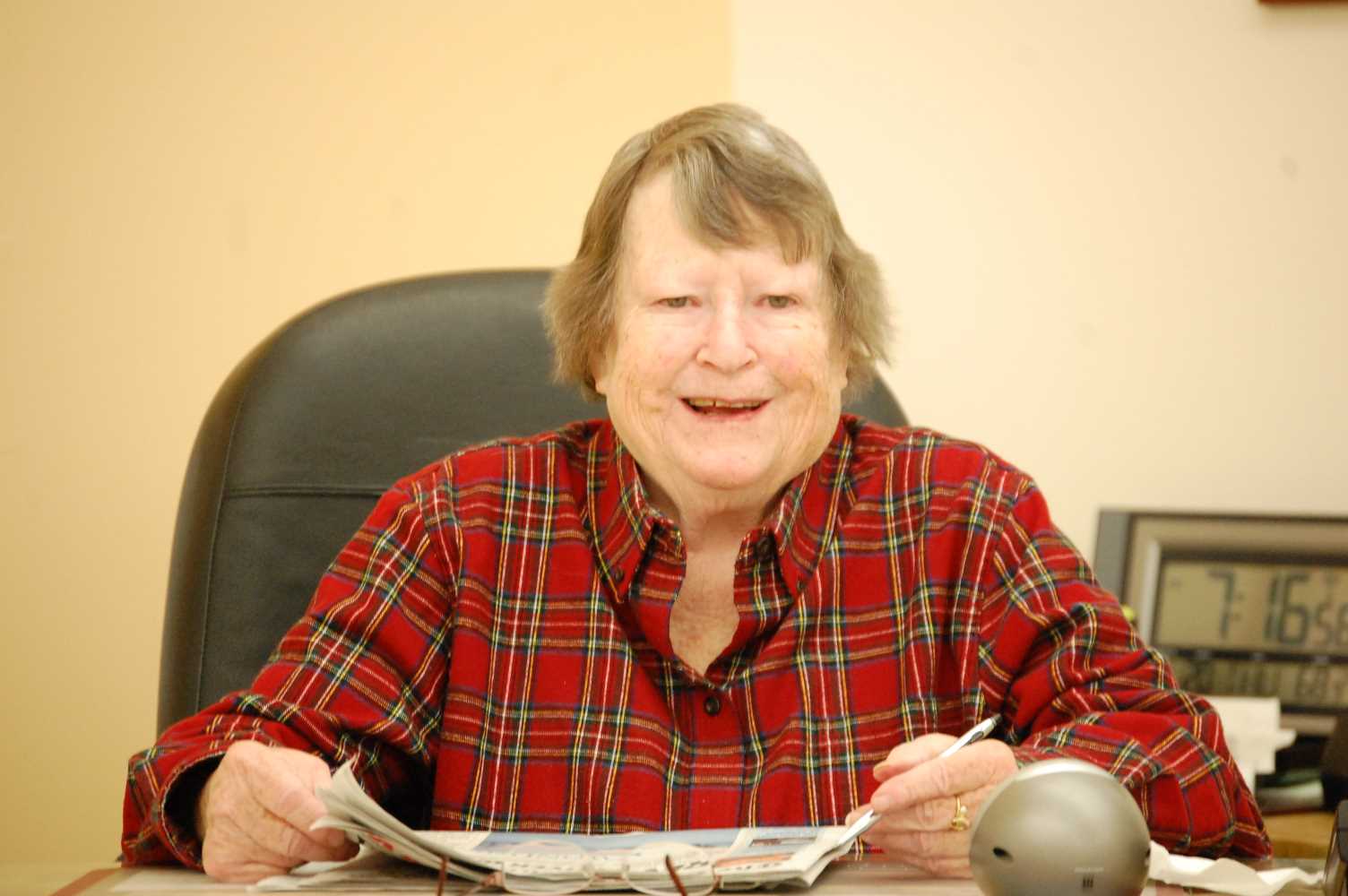 After decades of teaching American History, Criminal Justice, and other classes, Ms. Eleanor Harrison is retiring with one of, if not the, longest teaching careers at Haverford High. Harrison’s teaching career at Haverford started in the early sixties, when the school was looking for a candidate who could fulfill both a teaching and coaching role.

“They were looking for a Social Studies teacher and Lacrosse coach”, Harrison says, “but Lacrosse wasn’t my forte, field hockey was”. And field hockey proved to be much more than a mere forte for Harrison, as once she assumed the role of head coach she led Haverford teams to earn two state championships, 4 district titles, and 8 central league titles.

Harrison’s love for the game developed from when she was in Catholic high school, and only intensified when she went to college. Graduating with an undergraduate degree from Arcadia University, and with a Master’s degree in Education from Temple University, she also studied abroad in Ghana for eight weeks studying African History and African-American History at the University of Ghana saying “It was a beautiful campus.” After college, she then worked for a Quaker Organization, but soon left that because of an “awful salary” so she decided to try teaching.

“I student taught in Kensington, and then was a substitute. It was terrible. I once subbed for a 1st grade class and it was absolute chaos. I’d rather empty trash than do that again.” So Harrison jumped at the opportunity to go for the position offered at Haverford; a position she held for over 50 years. And over the decades Harrison made her mark at Haverford, which is especially evident with her time with the Allgates program.

Harrison was one of the lead teachers and founding members of the Allgates program, which was an alternative schooling program at an estate on Coopertown road, and that has gone down as a progressive phenomena in Haverford’s history. Started originally as just an extension of the regular high school to combat overcrowding, the estate was a property purchased by the School District to house the ballooning class sizes of Haverford in the late seventies.

Yet, as the program became established, it took on a different character and atmosphere. The curriculum was identical to that of the main High school, and had four teachers, one for English, Biology, History, and Physical Education. But, as Harrison explained, the program was one of a progressive nature, and had a college-esque atmosphere.

“It was very much like a college, kids didn’t have class everyday and were able to roam and hang out around the estate, and it was a mixture of students academically, not just the top percent of kids.” Eventually after a good run of a few years though, the program was closed because they couldn’t buy a second estate, and the High School population started to decrease.

This led to a massive resistance from students, staff, and parents, as the program was marked by success and uniqueness, with students growing their own food on estate gardens, and effectively learning in rooms in a large mansion; Harrison’s room even had a fireplace that would be lit during the winter months. But the closing of Allgates only reinvigorated Harrison’s commitment to teaching, as she would later create the American Studies program, a combined Junior year American Literature and History class.

The combination of American History, and the connections and examples of the history in the form of the American Literature portion proved to be an ingenious use of content and time, because the class promoted and allowed for collaboration to larger stories, ideas, and themes from our nation’s past.

“It’s a shame it was dropped” Harrison says, as the class not only was innovative in nature, but also because students enjoyed it. At the end of each year, the big final project was a decades project, where groups were assigned a decade from American History, and had to present it using American Literature, Art, Music, all in a creative way that would last at least an hour and a half. The skits, musical acts, dancing, and outstanding projects would draw classes from all over the school to come and watch. “One group turned the room into a beach, and another brought an authentic 1950’s jukebox in using the elevator” Harrison said with a smile across her face.

A teacher of History, Ms. Harrison has also been an observer of Haverford’s history for the past half century, and upon reflection sees how much Haverford has improved, with less of an influence on drugs, and Senior proms and after-parties that are a lot cleaner (i.e. The BLAST). Yet, she also has seen how things have changed for the worse: “One negative thing about the high school is the restrictions the state issues on testing. It takes away from class time and stresses insignificant parts of the curriculum. State interference of any kind has been negative to the high school.”

Harrison leaves Haverford with amazing stories, experiences, and plans for the future, saying that “I might try to do some writing I’m planning on going to Montana and staying for a while after the tourists leave. I need to learn how to use my digital camera.” Harrison has been fascinated with photography ever since 8th grade, and worked for yearbook in college in photography. She went to Montana and Yellowstone and photographed everything possible, while living in a log home at a ranch: “I would leave at 8 am and wouldn’t return till into the night, just walking around and waiting for nature.”

Leaving an impressive legacy behind at Haverford, Harrison embarks on a new journey as she plans to go back out West: “I might try to do some writing I’m planning on going to Montana and staying for a while after the tourists leave. I need to learn how to use my digital camera.”

The Fordian would like to congratulate Ms. Harrison on her retirement, and thank her for the interview. We wish her the best of luck.