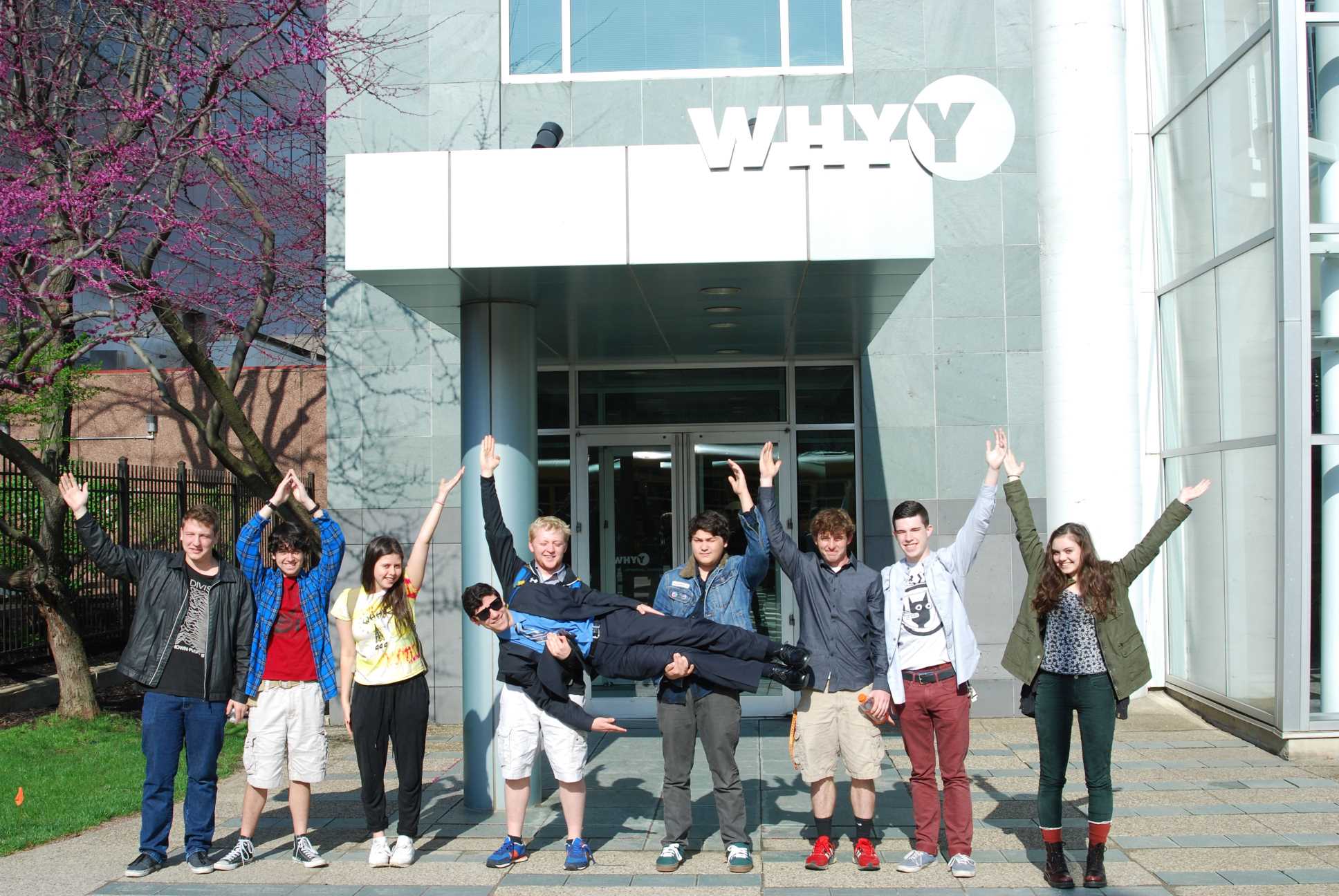 Making the letters W H H Y in front of the WHYY studios in Old City, the directors of WHHS our high school radio station exert their excitement as they wait outside the public radio and television station. (Colin McCrossan)

Making the letters W H H Y in front of the WHYY studios in Old City, the directors of WHHS our high school radio station exert their excitement as they wait outside the public radio and television station. 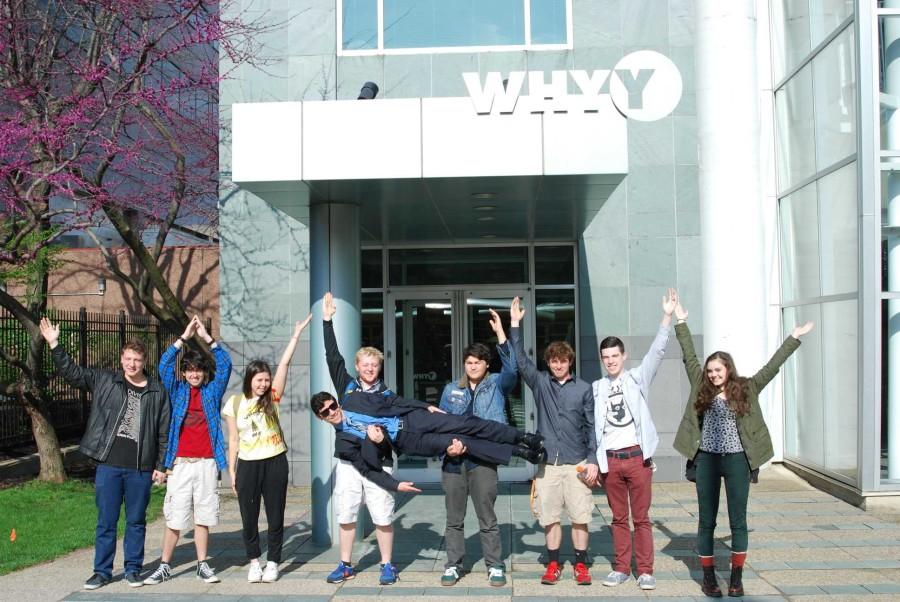 Gallery|47 Photos
Colin McCrossan
Making the letters W H H Y in front of the WHYY studios in Old City, the directors of WHHS our high school radio station exert their excitement as they wait outside the public radio and television station.

Last Tuesday,  the directors of WHHS 99.9, Haverford’s student-run and the oldest High-School Radio Station in the nation, took a trip to Philadelphia’s premier  public radio station, WHYY 90.9. Organized by WHHS sponsor, the legendary French teacher and Language guru Mr. Ed Weiss, the station’s leaders paired with WHYY in a tour of the station and in exercises of journalism, radio, and storytelling that took them to the streets of Old City.

Weiss, the District World Language Specialist, and also the author of a best-selling AP French Language and Culture prep book, was able to organize the occasion through a Haverford alumnus, the education director of WHYY, Craig Santoro. Santoro led the directors on a tour of the nationally-recognized forerunner in Public media and broadcasting, showing them where all the magic happens over the course of one day.

Directors saw the control room of the entire station where all of their broadcasting is monitored, multiple recording studios (including that of the nationally aired and very famous “Fresh Air” show hosted by Terry Gross), and they snuck their way into the recording of a live show to see how all of the pieces of professional radio come together. The show they sat in on for some time was an episode of “Radio Times” hosted by Marty Moss-Coane which can be heard here: https://soundcloud.com/whyy-public-media/working-in-atlantic-city-casinos

After seeing what goes on behind the scenes of an exceptional professional Radio and TV station, the directors then paired with the Education Department of the station to simulate what producing real shows is like by taking to the streets. Directors brainstormed ideas of what they would ask people in Old City that day, which would be the basis of a show that hypothetically, they would produce. Questions that directors in groups asked the folk of Old City that day ranged from those about breakfast, to if the people interviewed had a certain place in Philadelphia that was meaningful to them.

The directors were thus able to go out into the field using professional audio recording equipment to see what the people of Philadelphia had to say. Answers varied enormously, some more interesting than others, but in the end the directors gained not only brief glimpses into other people’s lives, but valuable experiences of what professional radio and public media production is about.