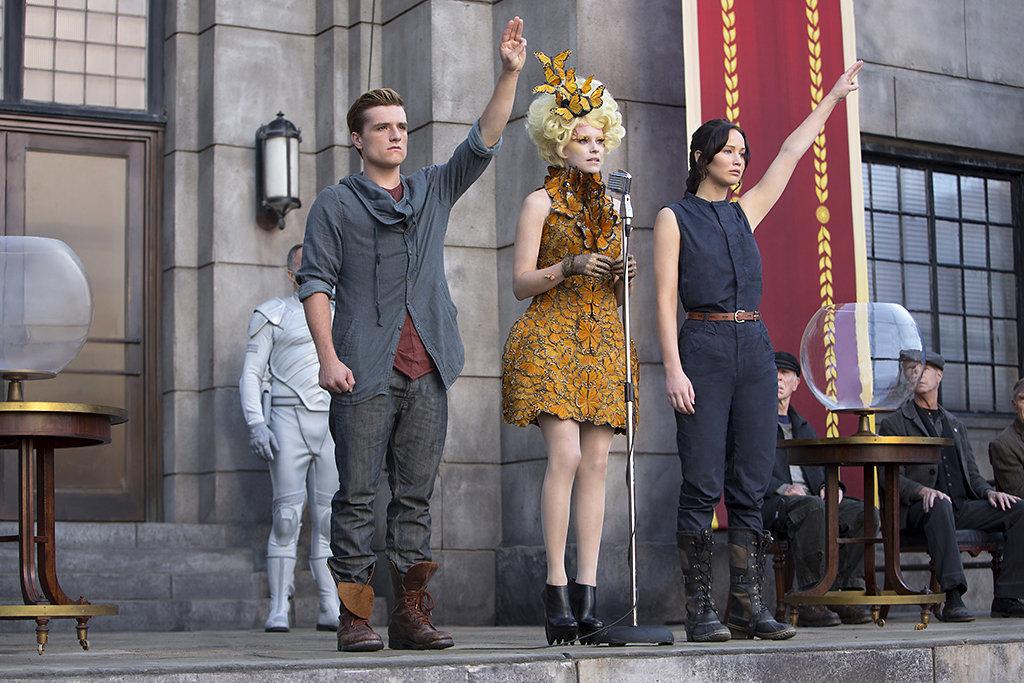 What follows, to be fair, is more or less a rant about how amazing and thoroughly enjoyable the new Catching Fire movie is.

Starring Jennifer Lawrence, who is quickly growing closer to entering the pantheon of greatest actresses ever (or actors, for that matter), Catching Fire is based off Suzanne Collins’s book of the same name, and is the sequel to The Hunger Games.

For those who are uncompromising about movies mirroring the books that they portray, worry not. In my opinion, Catching Fire very accurately reflects the novel from which it originates. The writers even included Enobaria’s strip-down in the elevator after the opening ceremonies. If that does not convince fans of the movie’s loyalty to the book, nothing else will.

We get to see more of Woody Harrelson as Haymitch Abernathy, since more of Catching Fire takes place in good ol’ District 12. The writers certainly take advantage of this – his wonderfully subtle one-liners provide some much-needed comic relief. The role seems to come so naturally to him.

The further development of revolution in the Districts across Panem only boosts the drama, passion, and viewers’ emotional attachment to the film. It’s hard to sit in your seat, helpless, as the Peacekeepers and Capitol kill innocent people; it’s even more difficult not to jump out of your seat and hold up three fingers with the rest of District 12 in protest of the Capitol’s Quarter Quell.

It’s also great to see Primrose Everdeen, played by Willow Shields, mature as a character. She begins to show more confidence and come out of her shell. Although she only garners the spotlight in a few scenes, Shields certainly caught my eye as an up-and-coming actress. Along with Prim, characters like President Snow (Donald Sutherland), Finnick Odair (Sam Claflin), and Effie Trinket (Elizabeth Banks) all are depicted brilliantly and promise to be very interesting figures come the release of Mockingjay.

This, of course, is not to disregard the stars of the movie: Jennifer Lawrence as heroine Katniss Everdeen, and Josh Hutcherson as Katniss’s fellow tribute, Peeta Mellark. The two perfectly portray perhaps the most awkward on-again, off-again relationship in the history of literature with surprising ease and confidence. Liam Hemsworth as Gale, Katniss’s oldest hunting friend, completes this crazy love triangle in a more involved role as compared to The Hunger Games.

The only part of the movie that could detract from its greatness lies in its pacing. I could not help but feel rushed after seeing it; everything seemed to fly by, without letting any devastation or resentment simmer with the audience. This could conceivably be explained by the vast amount of material in the novel that had to be incorporated into an 146-minute movie.

Nevertheless, Catching Fire proved to be quite the experience. Enough so that I deem it worthy to pull out “The Rhyme”: It’s so nice you’ll have to see it twice.