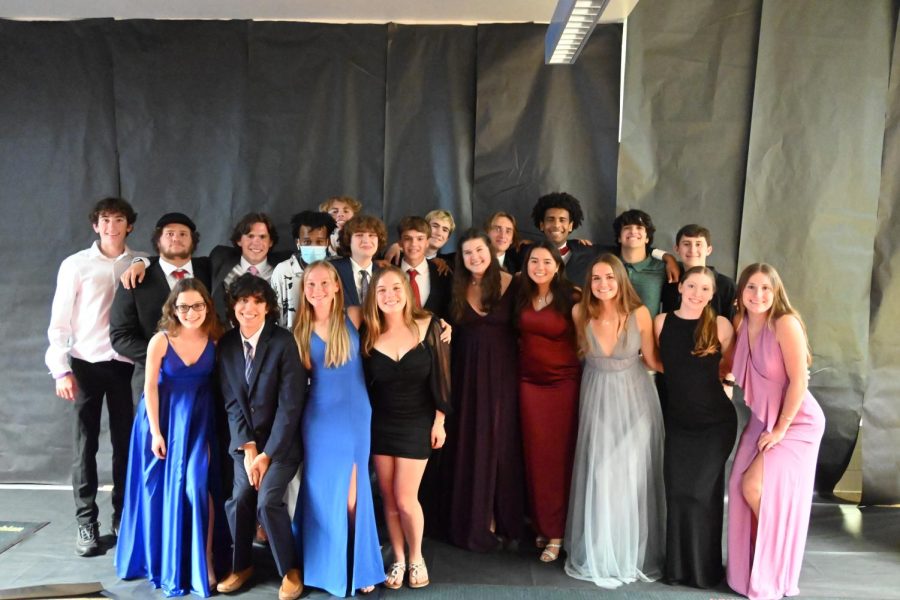 On June 1, 2022, the Haverford Sports Media Club held the first Golden Ford Awards. In its inaugural year, Haverford Sports Media has done a variety of different things, from live broadcasts to media days, as a way to contribute to the sports community at Haverford High School. The GFA’s were the perfect way to demonstrate the success of the senior athletes this year.

To start the night, the first award presented was Best Performance by an Athlete.” This award went out to an athlete whose performance was vital to her team’s success in a game. It was awarded to Emma Taylor for pitching a no-hitter against Springfield. This wasn’t the only silverware for Taylor, as she was also awarded the “Best Female Athlete” award. The success was fitting for Taylor, who has had an outstanding athletic career at Haverford. She will be continuing her athletic and academic endeavors at Yale University.

Not only did Taylor win, but the softball team itself was also very successful throughout the night, winning the “Best Team” award. Although Haverford had many great teams this year, softball’s undefeated regular season record of 20-0 propelled them to the top. To cap off the softball team’s successful night, Coach Bob Newman won “Coach of The Year.” His leadership skills and coaching were key factors in the softball team’s achievements.

Up next for the awards was “Best Three Season Athlete.” This award was given to an athlete who excelled at a sport throughout all three seasons.  The winner was Emma Rowland. Throughout this school year, she has participated in tennis, basketball, and lacrosse, all at a varsity level. Her performances throughout the year in all three of these sports cemented her spot as the best three-season athlete at Haverford.

The “Breakthrough Athlete” award was given to an athlete who did not reach his potential in his respective sport until his senior year, but he was able to make an important contribution to the team during that time. The “Breakthrough Athlete” of 2022 was Tom Huangpu of the tennis team. Huangpu captained the tennis team through a successful season, and therefore received this well-deserved award.

The “Best Game” award was a tough battle with many great performances, but it ultimately went to the hockey team’s comeback in the Central League Championship. The hockey team had a hard-fought game in the Central League Championship, but when things started to look bleak, Jagur McClelland was able to put away two goals that ultimately helped lead them to victory. It was an exhilarating game for anyone watching, and it earned the title of “Best Game” of the year.

Following the “Best Game” award was “Best Male Athlete,” which went to McClelland of the hockey team. McClelland had an outstanding season, featuring his two goals to seal the Central League Championship against Springfield. His accomplishments won him this award and gave him the opportunity to continue playing hockey with Springfield Jr. Blues in the NAHL.

Overall, the Golden Ford Awards were the perfect way to wrap up this year’s athletics, as well as the first year of Haverford Sports Media’s existence. It was a great way for senior athletes to be recognized by their peers, and it is a tradition that will continue to be a part of Haverford culture for years to come.