Fords Volleyball Rises to Round 1 of PIAA District 1 Playoffs 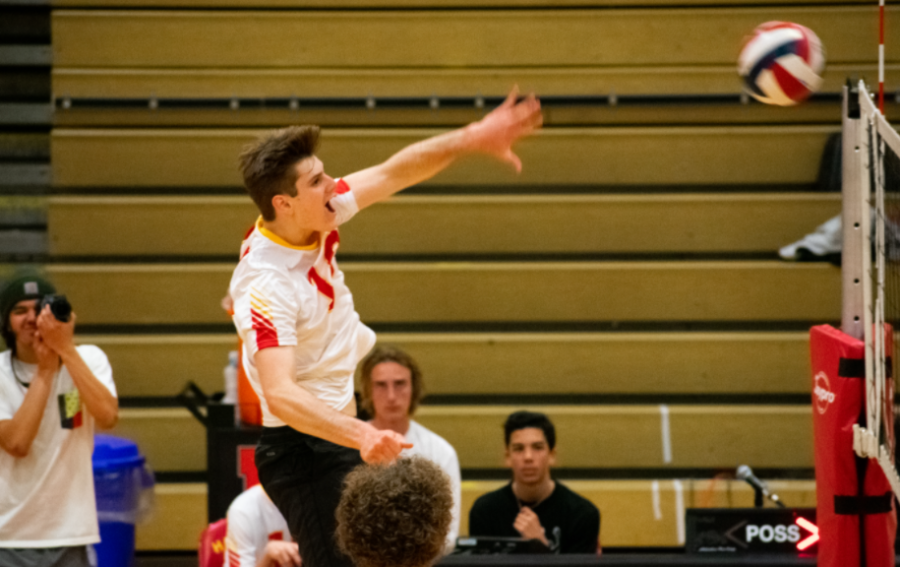 After an underwhelming 2020-2021 season, the Fords came back with a vengeance. Junior Stefan Bilc claims that the boys “had a newfound hunger because they felt what it was like to have an unsuccessful season.” They knew their record of 7-13 from the previous season would not be good enough, and they were prepared to work.

The Fords immediately started off the season with a bang, beating Southern Lehigh in a final of 2-0. Bilc attributes this to their early start, claiming that they “had a lot of open gyms, starting in November of this year, and [they] just started working hard.” They continued to win against schools like North Penn (3-1) and Lansdale Catholic (3-0), proving that they were tougher than ever.

However, the boys did not go undefeated. Multiple teams proved to be difficult matches, including Doc Mennonite. The Fords fell to them twice, making Doc the team to beat. In their first game against Unionville, the boys struggled to pull out a win. After much hard work, they came back ready to rumble, beating Unionville not once, but twice, with scores of 3-2 and 3-1. Senior Erich Bassill said that the team also “struggled with short balls and tips,” adding on more pressure for them to work harder.

When asked about what really got them into the playoffs, many players credited the hard work and chemistry of the team.  Freshman Finn McFadden said that the team is “almost like a family.” Bassill added that “having so many friends on the team” is a huge motivation for moving into playoffs, claiming that they “are so excited to play with each other.” Overall, the general consensus is that their brotherhood is part of what got them through this season successfully with a record of 9-3.

On May 18, the Fords went into their first playoff game with optimism, McFadden “hoping [they could] make it to states for the seniors.” However, Upper Dublin proved to be a worthy opponent, scoring five points almost immediately in the first set. In the end, they kept their stride, continuously gaining points without much struggle, the Fords trailing not far behind during each set. Upper Dublin reached their two-point difference at the end of a close third set, beating the Fords 3-0 in an absolutely heartbreaking loss. Despite this, the Fords still had an amazing season.