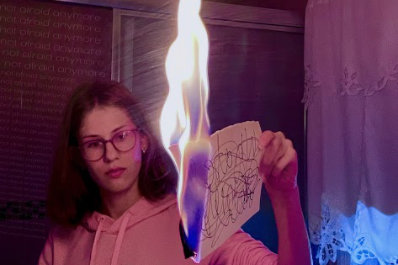 Kat Shcherbakova didn’t plan on being a photographer. Her mom did photography and always tried to get Kat to try it out as well. However, it wasn’t until Kat faced boredom in the summer of 2019 that she decided to try photography.

“So I asked my friends if they wanted to model for me, and I just took pictures of them, edited them, and I started realizing that it’s something fun and it’s something that I actually like,” said Shcherbakova. “I just like seeing the progress, the results of my work. It’s inspiring me to do more.”

In AP Art, students work on a Sustained Investigation project and Shcherbakova explains that her SI, “revolves around trauma and more specifically abusive relationships. So, I explore, like, thoughts, regrets that might come across in your healing process, stuff like that.”

In addition, Shcherbakova especially likes the projects that are separate from her Sustained Investigation. Specifically, she enjoyed making a still-life with chalk pastels, which she had never used before.

“It was a really interesting project to build up my skills, try something new because I never really did a still-life before,” said Shcherbakova.

In her art, Shcherbakova enjoys incorporating words into some of the pieces she creates. Sometimes, the words she puts in are difficult to read, and it forces a viewer to search for them. When Shcherbakova creates art with words, she feels as though she is directly talking to the viewer. 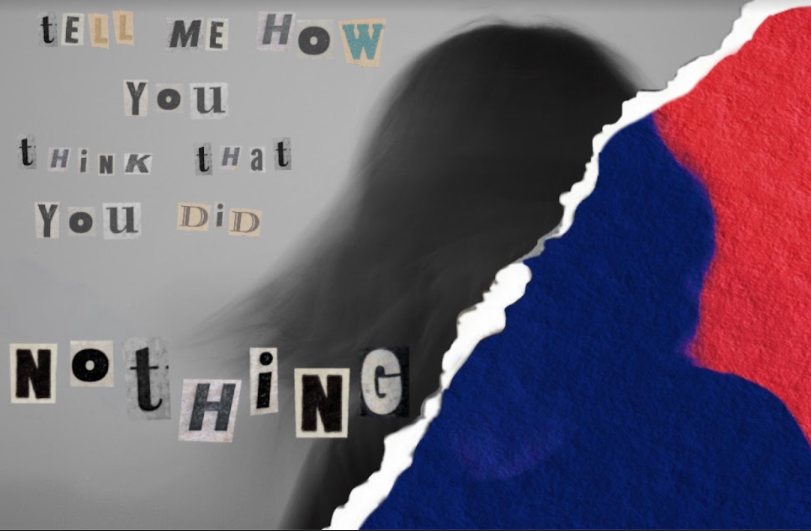 In addition, Shcherbakova enjoys using herself in the photos that she takes. “I like using myself, especially with the topic that I chose because I feel like it’s something really personal, and I just wanted to use myself,” said Shcherbakova.

Outside of AP Art, Shcherbakova has worked with Off the Script Films, a student-led production team that creates films and supports student filmmakers. Recently, she worked as a still photographer on their short film Engram. She hopes to continue to work with Off the Script Films in the future. Going forward, Shcherbakova plans to do art as a hobby.