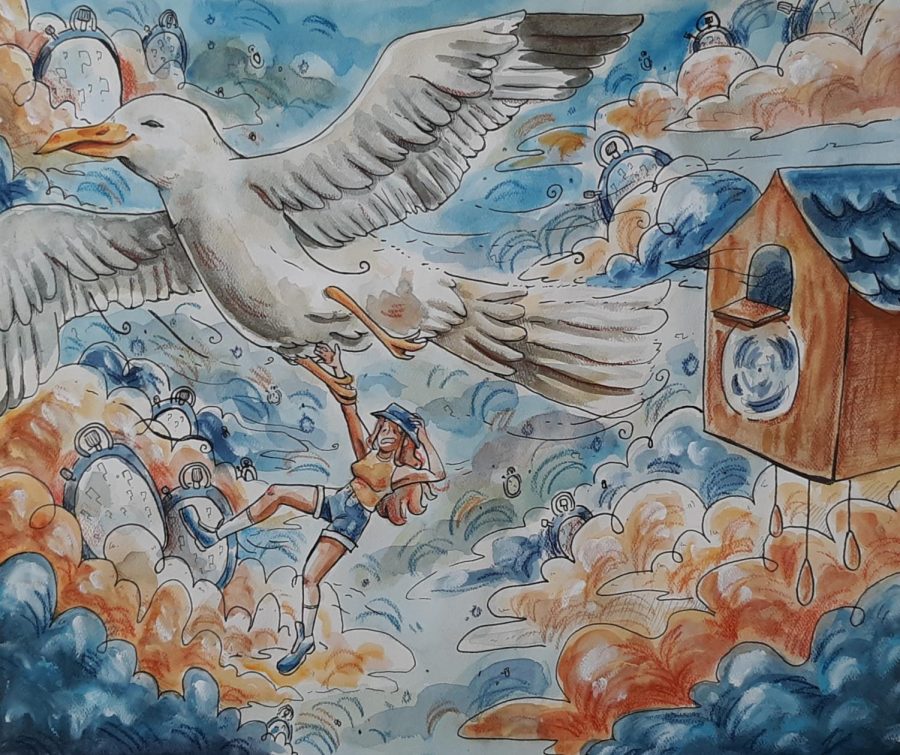 Carlie DiMeo moved to Havertown from Rhode Island in the 5th grade. Before moving, drawing was just a hobby. However, after starting to hang out with friends who were interested in art, Carlie started to get more interested in art as well. Eventually, she began to realize that she could pursue art in college and, perhaps, make it into a career.

Before taking AP Art, DiMeo created fanart because she drew inspiration from video games or shows. However, through her experience in AP Art, she learned to draw from herself rather than from exterior inspirations.

“I still sometimes take the fantasy elements that I started doing growing up, but I ground it more in reality now,” said DiMeo.

This year her theme in AP Art was retrospective and focused on growing up, including what it is like to be a child, transitions, and current stresses.

Since this is her second year of AP Art, DiMeo was happy to be a part of the AP Art traditions that take place during a normal year of school. “This year especially, I’m excited to do the things we didn’t get to do last year like having a proper show and selling the stickers,” said DiMeo.

One piece that DiMeo created was a still-life which was made with chalk pastel. “I like the still-life technical-wise,” said DiMeo. “I feel like it came out a lot better than I expected it to.”

Besides creating art, DiMeo enjoys playing video games which she began doing as a kid. Sometimes, she even finds herself staring at the art details in video games. This interest in video games along with her passion for art go hand-in-hand since DiMeo is currently thinking about pursuing illustration or making art for video games in college.