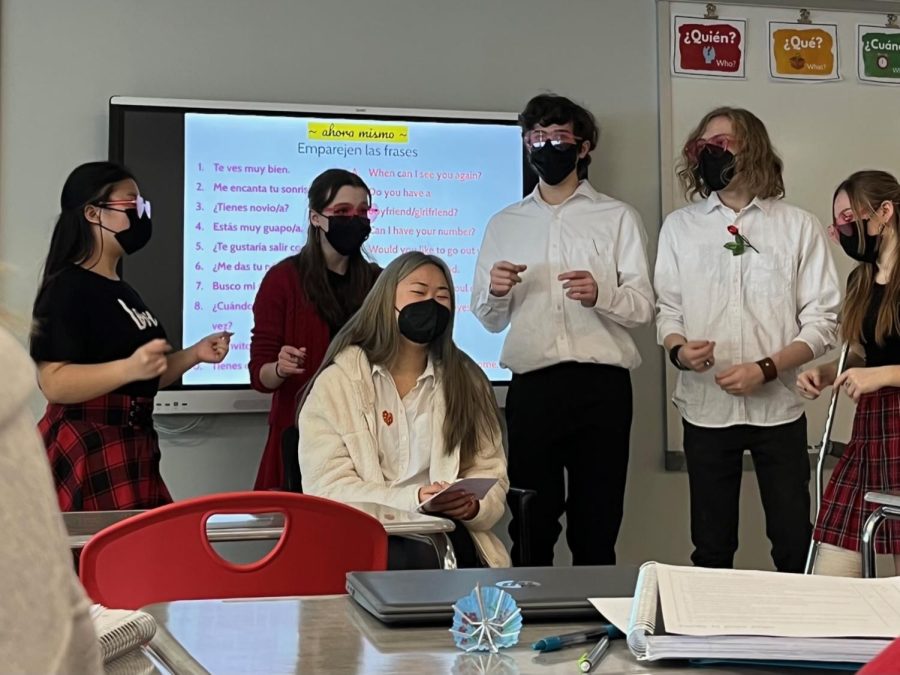 Valentine’s Day is a great way to celebrate love, be it platonic or romantic, for close friends and significant others. One can also show a little extra appreciation to family members by giving gifts, cards, or simply saying “I love you”. At Haverford, the traditional show of affection is a bit different. For the first time since school closed in March of 2020, Singing Valentines occurred in person this past Monday, February 14. Choral Council President Erin Hughes is the main organizer of these humorous serenades.

The Singing Valentines are introduced to chorus classes in early November, which brings about the formation of the different groups that travel around the school. As February nears, the Choral Council holds four hearings for each group where they get to perform their songs. Each group has three songs that they choose themselves, but some songs have been repeated from past years. These choral groups are not given class time to practice and are trusted to arrange times outside of school to collaborate.

Since groups are able to sing roughly 23 valentines per block and sing during blocks 1, 2, and 4, Hughes calculated the number of valentines that would be sung as a whole, which came to a whopping 555. In prior years, the chorus was able to sell up to 800 valentines, however, this year there was a smaller number of Singing Valentine groups. Nevertheless, Hughes was optimistic about the groups’ abilities and overall excitement. The groups kept the tradition of visiting the middle school and, contrary to last year’s absence of in-person Valentines, were also able to pause class time to entertain students and teachers alike with an a cappella concert. Videos were filmed of friends by friends, laughs were shared, and songs were sung to keep the spirit of Valentine’s Day alive.