The Development of the Nerd Trope in Media 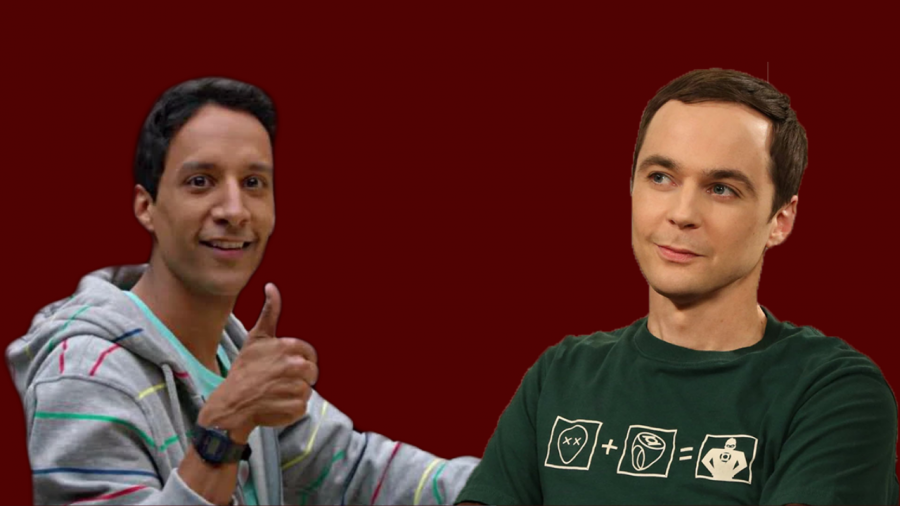 Abed from Community (left) and Sheldon from the Big Bang Theory (right) are classic examples of the "nerd trope."

Eugene from Grease, “Mclovin” or Fogell from Superbad, Urkle in Family Matters, Sheldon from the Big Bang Theory, Abed from Community—all of these characters fall under the guise of the “nerd trope” in the media. This common trope can be found in almost every movie and TV show in yesterday, today, and tomorrow’s media, but throughout the years, these lovable dorky characters have become some of America’s favorite characters to watch. But it was not always this way. Characters who were portrayed as nerdy, geeky, and dorky were seen as comedic relief, while the rebellious, unmotivated, and bored main characters were praised  for doing the bare minimum. But how have we changed as a society that the adorkable, droll geeks overtook the charismatic slacker?

From movies and real-life we can tell there is nothing more formative and awful than the teenage years: the pressures of peers and the need to fit in and be accepted by fellow classmates. This melting pot of emotion and societal pressure is what melds together to create our broken mess of a teenage protagonist. What makes this archetype of movies, shows, and books so entertaining? It is not easily definable why we are so enticed by the dreaded four years we spend forcing ourselves to submit to this validation and the breaking force of being a teenager.

Goofy, awkward, ugly, unpopular, geeky, gangly: there is almost a frail redundancy in the characters that fall under the nerd trope. These less than redeeming traits are used relentlessly to make the main character look cool or to get the audience to laugh. With the continued repetition of this character archetype, one would think that audiences would get bored with this character. But we haven’t because of all of the character tropes; the nerd trope  is the one most similar to ourselves. Shocking as it is, this character holds the traits we declare as negative: wanting to fit in,  teenage gawkiness, and general awkwardness. These are the traits in ourselves we try to hide. But when we see this trait in others, it may make them more likable to us as similarity is often how we relate to one another. Therefore, seeing these supposedly undesirable traits brings a sense of familiarity into play, making us see nerdy characters as more relatable and understandable.

In this character trope, we can find similarities and differences in the way that the female and male characters are displayed. We often find the female characters to be portrayed as more clumsy and unattractive. The nerd girl often has to undergo a transformation to be liked by the main love interest. The male nerd is accepted just as he is by his love interest, while the nerd girl cannot be loved as she is and has to change everything about herself to be noticed. This proves to be an unhealthy stereotype for young people as everyone has niche interests, but none are more looked down upon than those of the geeks and nerds.

If we want to learn how to be better as a society, we must first stop ourselves from placing people in boxes. Each person has a complex identity and individual interests that cannot just be labeled as “nerdy” or “popular.” But as we are growing and learning, we can see more positive examples of this trope in the media. While the negative may outweigh the positive, progress is being made every day.