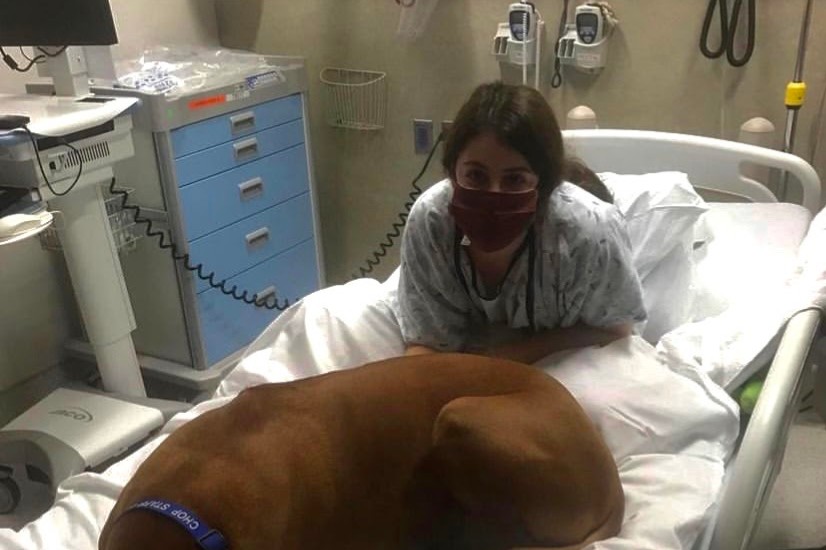 Sophomore Sydney Carpel photographed at CHOP in October of 2020.

As Mental Health Awareness Month comes to a close, it is important to continue educating others on the topic of mental health. This past year of online school and lack of social interaction has caused a dramatic increase of mental illnesses among teenagers. This is a time when it is crucial to listen to others and stay informed. And what better a way to learn than to hear from the experiences of one of Haverford High School’s very own.

Sydney Carpel, a sophomore at Haverford, speaks out about her journey battling mental illness. “For a little over two years now I’ve been struggling with diagnosed depression and anxiety,” said Sydney. “What’s made it even worse is that for a long time, I had nobody to talk to. I didn’t want to bother my friends or family with any issues I was having because, at the time, I thought I was just a burden. And then I was too scared to seek out help from a therapist or counselor because I wasn’t sure how it would help.”

It is reported that as of 2021 over 2.3 million teenagers suffer from severe depression, which is about 10% of the United States’ teenage population. Additionally, about 60% of those 2.3 million teenagers don’t receive proper treatment. As Sydney explained, “There’s a sense of vulnerability going to a therapist that I just wasn’t entirely comfortable with for a while. However, what helped me was attending group therapy because it truly showed me that I wasn’t alone. So, to those that are scared to ask for help, I understand and I see you. Nonetheless, I do strongly encourage you to seek help, whomever it may be from, because it could help you more than you think.”

The unpredictable pandemic that flipped lives upside down for many people in the early months of 2020 brought a drastic 9% increase in teenage mental health screenings. 90.2% of teens that were screened for depression scored either moderate or severe and 82.88% of those who took an anxiety screening scored moderate to severe. Sydney explained, “The past year has brought me, and I’m sure many others, new levels of lows. Being stuck inside with really only myself to talk to made me feel worse than I could’ve ever imagined. I felt like I had lost my connection to the world and it was the loneliest I’ve felt in years.” In October of 2020, Sydney was hospitalized due to a major depressive episode. She remained at CHOP for about seven days and missed weeks of school. “It was then when I finally started to take my mental health seriously,” she said.

Mental illnesses, such as depression or anxiety, are not something a friend can fix, but simply reaching out to anyone who might be struggling can make people feel just a little bit better. “Personally, having someone to listen and to reassure me that my feelings were valid was incredibly helpful,” Sydney said. Besides listening, some other things one can do to be there for those who struggle include helping them find support, offering them help with daily tasks, and staying in touch. Also, learning about mental illnesses on one’s own is important when trying to help an individual because it is not anyone’s responsibility to have to repeatedly explain their illness.

As Sydney says, “Whoever you are, remember that you are never alone,”