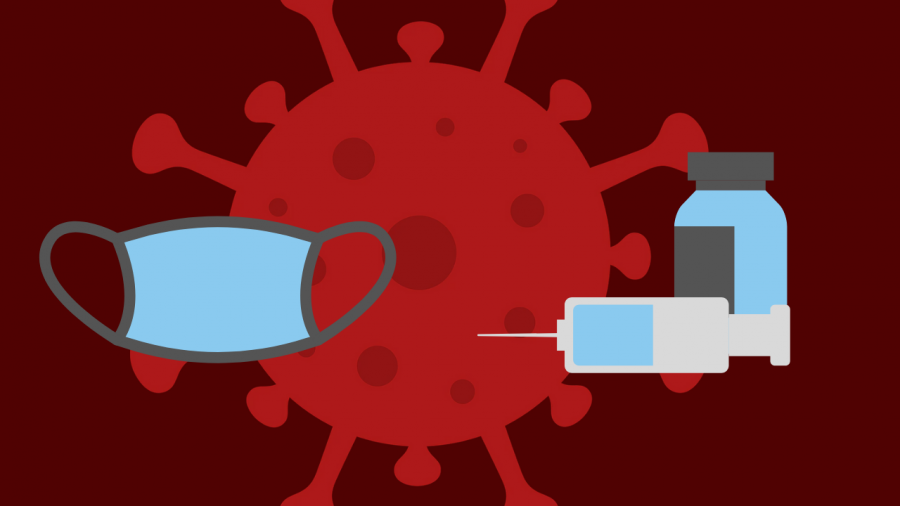 Since it began rapidly spreading in early 2020, COVID-19 has infected all parts of the world and has had a negative impact across all areas of life. America is continuing to authorize vaccines under emergency FDA approval, and more Americans are being vaccinated. The most recent 7 day average showed only 35,000 Americans testing positive, showing the effectiveness of the vaccine. But there are still some variants that are showing some level of resistance towards current vaccines.

The Biden administration has created a new vaccine goal, aiming for 70% of Americans to have at least one dose by July 4th of this year. 39.5% of Americans are already fully vaccinated, and the Pfizer vaccine has been authorized for children aged 12-15 for emergency use by the FDA.
Variants
There have been multiple new variants of the coronavirus that have popped up in several parts of the world, and more are being discovered on a weekly basis. Similar to other viruses, as COVID-19 spreads, it uses the cells of its hosts to generate copies of itself. Every time the process occurs, there may be potential errors that result in a variation in the genome. Most mutations are insignificant and will have almost no effect, but some can create certain evolutionary advantages that may facilitate the spread of the virus, or make it more deadly.

These new variants are generally a lot more contagious. The most widespread new strain was originally discovered in the United Kingdom and is called the B.1.1.7 variant. Following its spread to the United States, it has become the most common lineage of the virus. But will this variant be able to evade the protection of the vaccines? Not completely. According to a recent study by the New England Journal of Medicine, the first dose of the Pfizer vaccine is only 30% effective against the B.1.1.7 variant, and 14 days after the second dose, the effectiveness grows to 90%. The Pfizer vaccine was reported to be 100% effective in its protection against death and severe disease caused by the variant. This was also the case for another variant that derives from South Africa, B.1351, which initially seemed to be more dangerous, but according to the same study, the Pfizer vaccine was 75% effective against transmission, and 100% effective in preventing death and severe disease.

Generally, the variants mentioned above are recognized as protected by existing vaccines. But because new variants will be discovered in the future, this may change.
Vaccination
In the United States alone, 129 million adults are already fully vaccinated. But this number is down from 4 million doses a day in the beginning of April, and the Biden administration is expecting an even larger decline in the coming months.

The current model in place for the distribution of the vaccine is based on population, but some states are seeing a decrease in demand, resulting in many states turning down these vaccines. There have also been expansions in the ages people can get the vaccine. On May 10th, the FDA authorized emergency usage of the Pfizer vaccine for children ages 12-15; this will allow another 17 million Americans to become vaccinated.

Currently, the vaccine is as accessible as it has ever been, and some states are even giving doses away to other states. The expansion in age range will contribute to helping Americans return to “normal.”
CDC Guidelines
The CDC has recently released new rules for fully vaccinated people. Two weeks after getting the second dose of the vaccine, people are now allowed to resume all of their previous activities without wearing a mask or social distancing. However, this rule does not apply where a mask is required by the state, local laws, or businesses and workplaces that have rules about mask-wearing/social distancing. People are also specifically instructed to continue wearing a mask on public transit and in hospitals. International flyers are required to get tested after arriving in the United States, but domestic travelers do not require quarantine or testing. If fully vaccinated individuals come in contact with those who have the virus, they do not need to take any steps to prevent the further spread of the virus unless they begin to show symptoms.

The Pennsylvania Department of Health has announced that their mask rules will reflect the most up-to-date recommendations from the CDC. However, for now, unvaccinated people will still be required to wear a mask indoors until 70% of American adults are fully vaccinated. Hypothetically, once herd immunity is reached, the mask mandate will be lifted.