What to Expect From This Year’s Oscars 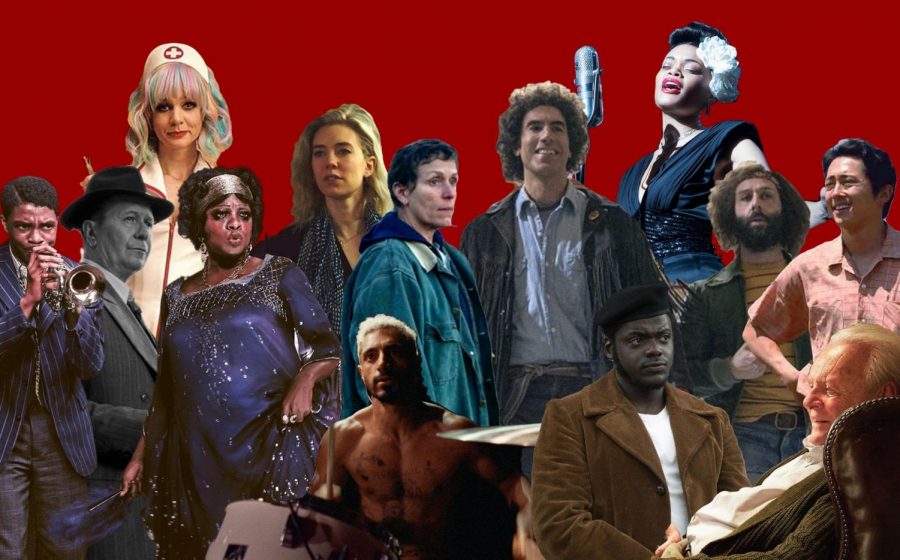 Last year’s Oscars occurred before the Coronavirus pandemic, and since then, many things have changed. Unlike the Golden Globes Awards, the Oscars will not be a virtual event; presenters, nominees, and guests will all be in attendance at the Dolby Theatre in Los Angeles. Attendees of the event will have to respect and follow several guidelines to ensure everyone’s safety. Guests are required to take two COVID-19 tests and quarantine for five days before the event. Although these precautions will allow the Academy Awards to take place at its usual venue, there are still many changes that will separate this year’s ceremony from those in the past. The 93rd Academy Awards will be taking place on Sunday, April 25th which is more than two months after the usual February date.

The awards will also continue its recent trend of not having a host. For the past two years, the Oscars have not had a single host and, instead, have relied on multiple presenters. Presenters will cover the usual categories such as best leading and supporting actor and actress, best cinematography, best director, etc.

Another important topic that followers are wondering about is the Academy’s new diversity and inclusion standards. Although there is not much information about exactly how they will be implemented, the purpose of these new standards is to guarantee equal representation for minority groups. These new rules are set to go into effect in 2024 and, therefore, have not impacted the 2021 nominations.

This year, the criteria were altered to allow some films released on online platforms to be selected. Many nominated films were released on platforms such as Netflix and HBO Max, where they can still be viewed today. Mank, for example, is nominated for Best Picture and is currently on Netflix.

One important thing to look for during the Oscars is a tribute to Chadwick Bosman, the forty-three-year-old actor and playwright who died on August 28, 2020 of colon cancer. Bosman, who has appeared in many films, is nominated for Best Actor In a Leading Role. Having won the Golden Globe for best actor in a motion picture for his role in Ma Rainey’s Black Bottom (now on Netflix), Bosman is in the running to win an Oscar for this role as well. It would be very surprising if no tribute to the beloved Black Panther star occurs as viewers are anticipating it.

Along with Boseman, four other men are nominated for Best Actor in a Leading Role. Anthony Hopkins received a nomination for his role in The Father. Hopkins is 83 years old and if he were to receive this award, he would be the oldest actor to have ever won it. Another worthy mention is Gary Oldman, who has already won an Oscar for his performance in Darkest Hour, where he played Winston Churchill. Oldman is now nominated for his role in Mank, and he is looking to win his second Academy Award. Steven Yeun in Minari and Riz Ahmed in Sound of Metal are the other two nominees in this category.

The five women nominated for Best Actress In a Leading Role are Viola Davis in Ma Rainey’s Black Bottom, Andra Day in The United States Vs. Billy Holiday, Vanessa Kirby in Pieces of a Woman, Frances McDormand in Nomadland, and Carey Mulligan in Promising Young Woman. Like Chadwick Boseman, Viola Davis is nominated for her work in Ma Rainey’s Black Bottom where she plays Ma Rainey, an influential blues singer in the 1920s and 30s. Frances McDormand, a two-time Academy Award winner, is nominated for her role in Nomadland. McDormand plays Fern, a woman in her sixties who embarks on a journey through the American West after losing everything in the Great Recession.

Some nominated supporting actors and actresses are Daniel Kaluuya, Glenn Close, and Maria Bakalova. Best known for his leading role in the 2017 thriller Get Out, Kaluuya is a British actor who is now nominated for his supporting role in Judas and the Black Messiah. Kaluuya plays Fred Hampton, an American activist who was a chairman of the Black Panther Party in Chicago during the 1960s. Glenn Close is nominated for her role in Hillbilly Elegy where she plays Mamaw, the grandmother of the film’s protagonist. Maria Bakalova has been recognized for her comedic role in Borat Subsequent Film where she plays Tutar Sagdiyev who is Borat’s daughter.

Apart from the many nominated actors, there are also some standout directors and animated films which have also received nominations this year. Nomadland’s director Chloe Zhao has received a nomination for Best Director. Zhao is a Chinese filmmaker who is primarily known for her work in independent U.S. films. Director David Fincher has been nominated for his work in the movie Mank. Fincher has directed many films including Gone Girl and Fight Club. In the animated film category, Soul is the heavy favorite to win the Oscar. Soul is a film about a middle school Jazz teacher; the film explores themes about the real meaning of pursuing one’s passion and finding happiness. Jamie Foxx and Tina Fey voice the movie’s lead characters. The film is currently available on Disney+.

Often regarded as the most important category, the Best Picture award has eight nominees this year. The nominees are The Father, Judas and the Black Messiah, Mank, Minari, Nomadland, Promising Young Woman, Sound of Metal, and The Trial of the Chicago 7. There is no clear-cut favorite to win, but Nomadland, The Trial of Chicago 7, and Minari are predicted by many websites, such as variety.com, to have greater chances than the others. Most of these films are available on Netflix, Hulu, or YouTube. It will be interesting to see if there will be surprises in this category after Parasite won Best Picture in 2020. Fans were shocked by the number of Oscars Parasite won, and we may be in store for a similar run-away winner this year.

Thus, there is much to look forward to at this year’s Academy Awards. Whether it will be sentimental tributes or surprising victories, there will be countless reasons that the event will be entertaining. Although the Academy’s diversity and inclusion standards have not yet been implemented, many diverse films, actors, directors, and cast members have been nominated this year. The Academy preshow and red carpet coverage start on Sunday, April 25th at 6:30 pm Eastern time on ABC. Make sure to tune into the main show at 8:00 pm.