The Results and Aftermath of the 2020 Presidential Election 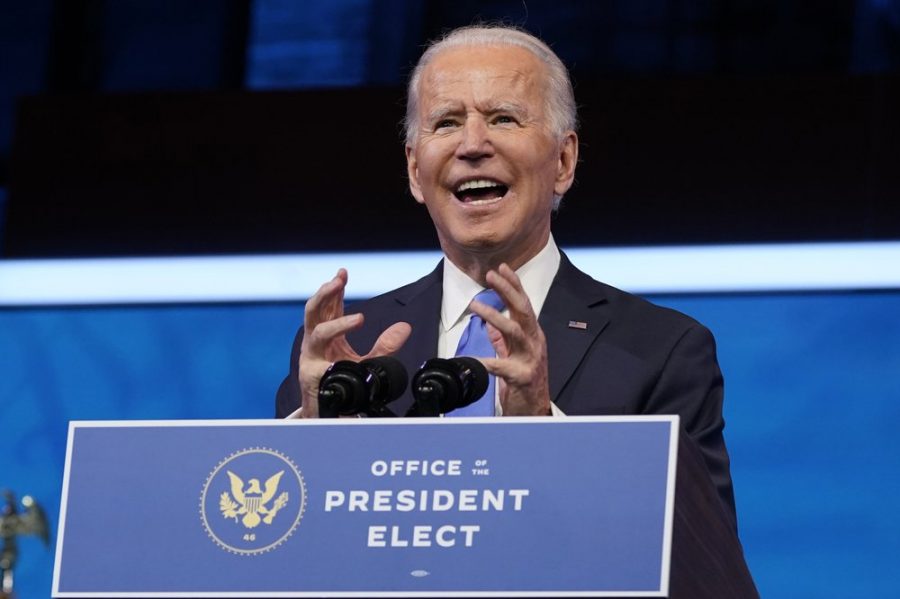 Biden speaks after the Electoral College formally elected him as President of the United States.

It has been over a month since election day in the United States, and after all of the controversy and delay in vote counting, it is now official that Joe Biden is the president-elect. Biden accumulated 306 electoral votes while President Donald Trump received only 232. Joe Biden was able to win important swing states such as Pennsylvania, Michigan, and Wisconsin, while President Trump won states such as Florida and Ohio.

Because of the coronavirus pandemic, there were several changes in the way states administered the election, such as increasing early voting and the use of mail-in ballots. Due to record high numbers of mail-in votes, key states including Pennsylvania, Nevada, and Michigan had to take time after election day to finish counting all the mail-in ballots.  This gave President Trump an early lead on election night in both Michigan and Pennsylvania. Since the majority of the mail-in votes were for Democrat Joe Biden, the Trump Administration challenged the final results in order to investigate the possibility of voter fraud in these states.

The Trump campaign filed lawsuits in numerous states but had little success in overturning or further preventing the election from being declared “over.” In Georgia, lawsuits were brought against various areas, such as Chatham County. The Trump administration demanded that all the mail-in ballots be compiled, stored, and accounted for after Election Day. After three recounts, this lawsuit, along with many others, ultimately failed due to a lack of evidence of any fraud.

In Michigan, a lawsuit was filed against Michigan Secretary of State Jocelyn Benson. The Trump campaign tried unsuccessfully to prevent further ballots from being counted; they asked that vote counting stop until courts could enforce rules that permit campaign observers to watch the ballots being opened and counted. In Arizona, lawsuits were filed over the use of Sharpies on mail-in ballots. This suit was dropped shortly after by the Trump campaign as Arizona secretary of state and Maricopa County election officials repeatedly said that Sharpies do not pose an issue for ballot tabulation equipment.

Numerous legal actions were attempted in Pennsylvania. President-elect Joe Biden won this swing state by over 81,000 votes. There were many lawsuits and appeals filed in the state to invalidate the election result; all were lost or rejected by the courts.

Recently, a final effort was made to discredit the election. The Texas Attorney General filed a lawsuit in the U.S. Supreme Court challenging the results from Pennsylvania, Georgia, Michigan, and Wisconsin. Texas claimed that the results from these states were “illegal” since these states had implemented changes due to the pandemic. On December 11th, the United States Supreme Court issued a three-sentence order which said they were denying the complaint about “lack of standing.”  Each state runs its own elections, and they each do it differently. The court said Texas had not demonstrated an interest in how other states conduct their elections and that Texas had basically not suffered any injury here.

It is now mid-December, and after many failed attempts to contest the 2020 election results, President Trump has found no success. Joe Biden is the confirmed president-elect and has already been assessing the country’s current issues to prepare himself for the difficult road ahead. On December 14th, the Electoral College’s chosen electors met in each state to record their votes in writing and count them.  As expected, Joe Biden received 306 electoral votes, confirming his victory. On January 6th, Congress will count and certify the votes cast by the Electoral College, and any remaining disputes will be ended.