The 2020 Presidential Election in a Divided Country

What Will Happen Next? 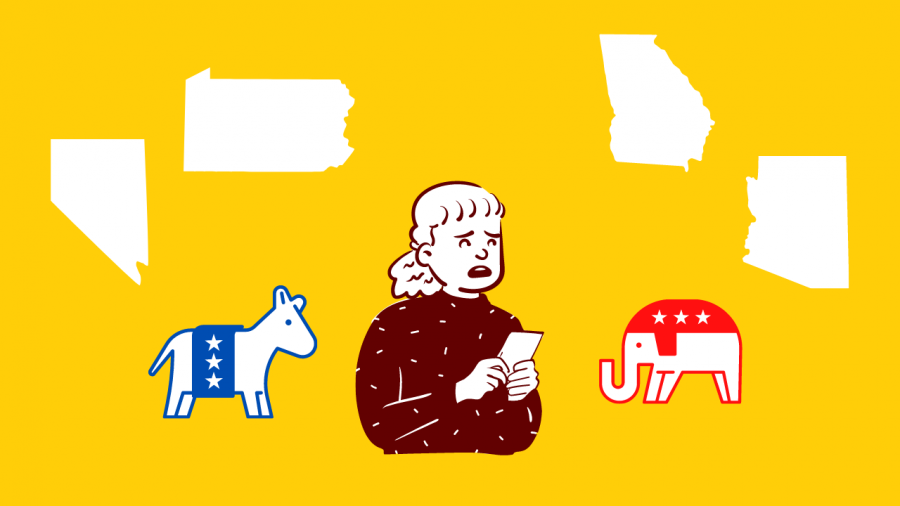 The 2020 presidential election has been heavily anticipated since November 8th, 2016. It is no surprise that the current election between Joe Biden and Donald Trump is such a close one. Our country has, without a doubt, been divided for the past four years, and it is evident that both sides are getting antsy while waiting for the results of the last few states to come in.

A question that remains is what is going to happen once a winner is declared? In normal circumstances, we would expect a civil, professional response, but our current state of affairs is now feeling more like a Saturday Night Live skit rather than a functioning democracy. With claims of voter fraud being thrown into the mix while states such as Arizona, Georgia, Nevada, and Pennsylvania are still counting their mail-in ballots, our country’s current status remains ambiguous.

The voter turnout is only a few points away from breaking a 60-year-old record set in 1960. Something that this election has brought to fruition is the public’s engagement in politics. People are more passionate than ever about their beliefs and the future they want to see. Young people who may not have ever considered themselves “political” were among the first to vote in this election. Among the most vocal are teenagers, like myself, who cannot even vote yet.  Feeling helpless since they cannot cast their own vote, these teens encouraged others who can vote to get to the polls.

An outcry is expected from one side or the other as we receive the final vote total, with businesses in major cities boarding-up their windows in case there are public protests and violence. An eerie feeling and sense of general unease is a common reaction after seeing the photos of cities like Washington D.C, New York City, and Philadelphia preparing for nationwide upheaval.

We all need to take a deep breath, but we can’t seem to until we have an answer. Is our country moving forward or reverting back to old habits? Are our voices being heard? How does a country on the cusp of greatness get to that point without falling short? Our answers lie directly in the lap of whoever is elected. We cannot be indifferent; we need to care, we need to be vocal, we need to express our opinions. Sitting idly by while waiting for the outcome of the most important election in our lives is not going to create the needed change. If our current system were working, we would not be so divided.