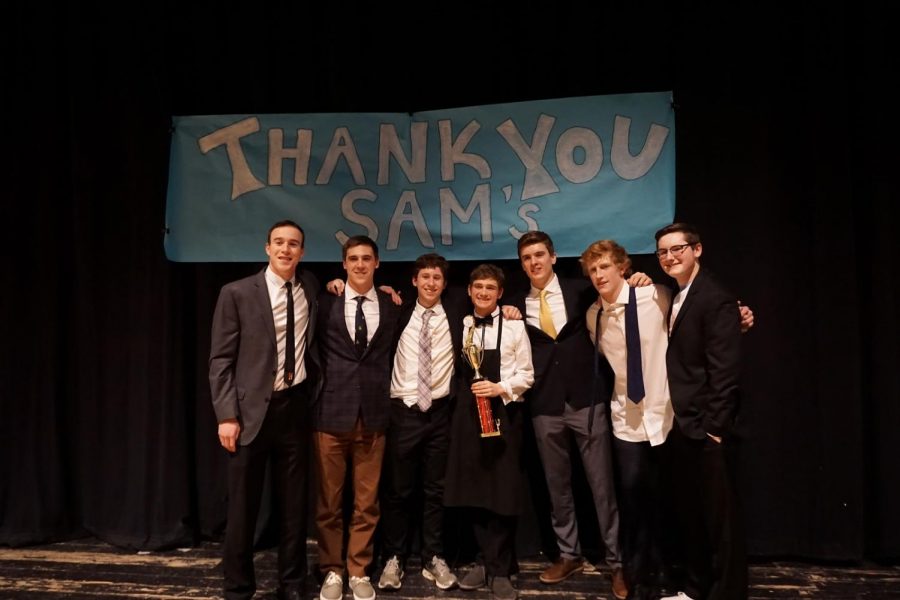 Haverford High School Best Buddies’s 14th annual Wing Bowl was held in the auditorium during fourth block on Friday, January 31. In the Wing Bowl, teachers and students compete in a wing-eating contest, which raises funds for Best Buddies, an organization that helps build friendships and create opportunities for students with disabilities. The event funds trips, such as the Best Buddies Leadership Conference held in Indiana during the summer.

As the lights dimmed in the crowded auditorium and the event began, local news camera crews stood nearby. Everyone who attended the Wing Bowl made a one-dollar donation to Best Buddies.

Once the ten minutes passed, the wings were counted and the results came in. Andrew McGinley was in first place, Logan Thompson in second, Nico Delente in third, Courtney Tintera in fourth, and Chris Orsini was disqualified due to vomiting during the round. First Place went to Andrew McGinley, who then prepared to face the winning teacher in the third round.

During the 2nd round, the announcer played random trivia with the audience, instructed students to turn on their phone lights for the song “Don’t Stop Believing”, threw Wing Bowl shirts at the audience, and held a contest for the most accurate recitation of, “Pardon me, staff and students.”

The results of the second round were as follows: Swiniuch in fifth, MacConnell in fourth, Perez in third, Smith in second, and, the winner, Lutes in first. McGinley returned to the stage to face off against Lutes in the final round.

McGinley, eating 7 wings in 3 minutes to Lutes’s 5, won the grand prize of $100 and a handsome trophy. The event was an overall success in raising money for Best Buddies. All wings were donated by Sam’s Pizza.