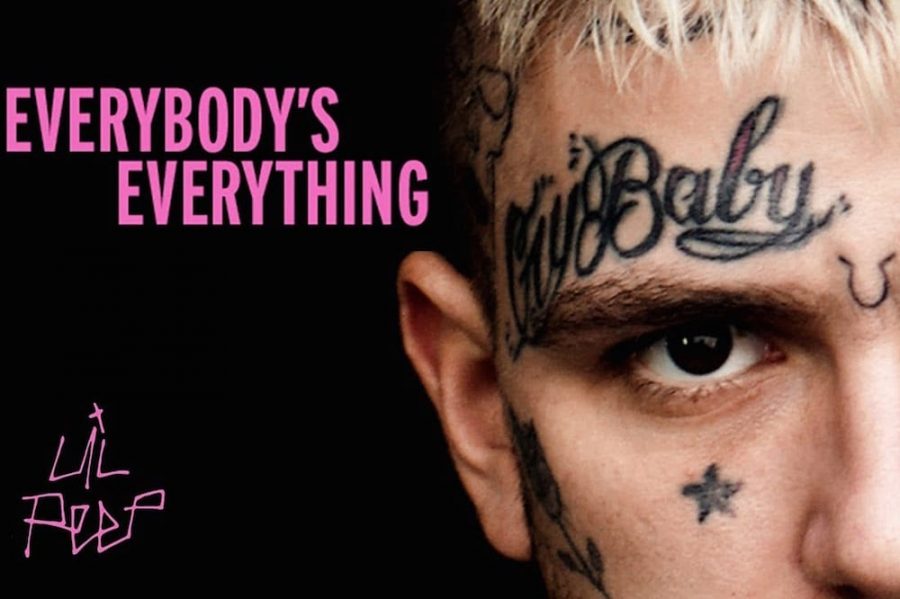 Lil Peep’s short-lived career, ending in 2017 with his death from a drug overdose, was marked by two albums of his unique rap-punk-trap music style. This style continues into his new album, Everybody’s Everything, his second piece released by his record label posthumously and exactly two years after his death. A documentary of Lil Peep’s life was also released, under the same name as the album and is set to focus on the rough, yet meaningful life of the artist. The title of the album and the documentary are pulled from the caption of one of Peep’s last Instagram posts, where he writes “I just want to be everybody’s everything” in a heartfelt message to his fans. The new album, composed of 19 songs pre-recorded before his death, features a mix of other big-name rappers, like Rich the Kid, Lil Tracy, ILOVEMAKONNEN, and Gab3.

Each song on the album has Lil Peep’s recognizable style, featuring his gothic voice, hip-hop beats, vulgarity, and lyrics that focus on his upsetting emotions. This album resembles much of his others, with the sad and heavy feeling throughout the entire hour of music, but differs in that it places a heavier emphasis on rap and demeaning lyrics rather than Peep’s usual emo-style music. In releasing this album, his producers strayed from Peep’s usual emotional and meaningful music and to create an image of him that has more to do with debauchery, drugs, and violence, by which his producers and record label disrespected him and his career. Though most of the tracks were recorded during Lil Peep’s lifetime, the features and edits that were made after his death alter the essence of the entire album, and thus the image Peep created for himself over his career.

The album opens with a track titled Liar, featuring a chorus of Peep saying, “call it rap, call it pop boy, call it what you want boy,” referring to his unique music that is often critiqued for its stray from typical rap of current music. This track is one of the strongest on the album and sticks the most to Peep’s usual style of music. Other songs that hold a similar feeling to Peep’s original album (and the only one released during his career) are Rockstarz, Text Me, ghost boy, cobain, and PRINCESS. The other songs heavily focus on the features of the other rappers, the background beats, and lyrics that lose the core of Peep’s usual message in his music.

Personally, I think the album is worth a listen, but it is important to go into the record with the knowledge that Lil Peep had no say in the production and it, therefore, loses his usual special flair that gained him so much popularity. Some songs sat with me well, while others just strayed too much from what I have enjoyed about Lil Peep’s music in the past. With that, I hope that his career and life can come to a peaceful rest after the release of this final album.