Is ‘American Sniper’ a Hero? 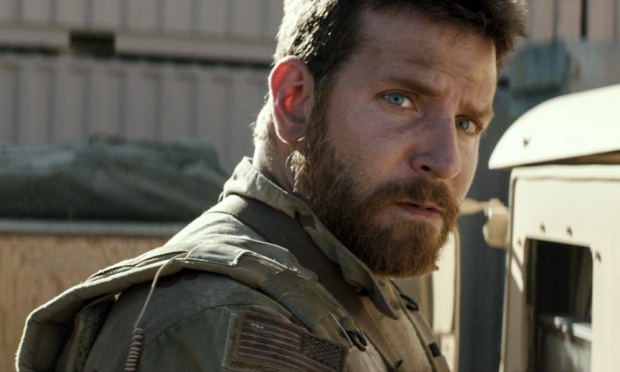 With the release of the box office hit American Sniper, an argument on both Twitter and other media sources has emerged on whether or not Chris Kyle should be labeled as a hero. American Sniper, directed by Clint Eastwood, is based on the true events surrounding Chris Kyle, a US Navy Seal sniper who is also known as one of the most lethal snipers in American history.

Among the people who think Kyle is not a hero are documentary filmmaker Michael Moore who labeled snipers as ‘cowards’ and Bill Maher who called Kyle a ‘psychopath patriot’ on his own show, HBO’s Real Time with Bill Maher. Political writer Matt Taibbi wrote an article titled American Sniper is Almost Too Dumb to Criticize while Seth Rogen, who had his own movie The Interview face adversity, said that American Sniper reminded him of Quentin Tarantino’s Inglourious Basterds. These are not kind remarks for a patriotic film filled with nationalism, but as in any heated debate, not everyone agrees with the criticism.

The big question that is the cause of all the feuding is: What is a hero?

Of course, people can have different views of the definition but by investigating deeper, we can exclude some of the deranged things that people have said.

First comes the dictionary definition: a person, typically a man, who is admired or idealized for courage, outstanding achievements, or noble qualities: a war hero.

This definition backs that Kyle is a hero. He is a man, he was admired, he had courage, he had outstanding achievements, and most of all had noble qualities as a soldier, husband, and father. A war hero? By dictionary definition, yes.

Another definition of a hero is perfectly displayed by Clint Eastwood in another one of his films, Flags of Our Fathers. The following quotation came at the end of the film which is stated by the character James Bradley whose father fought in World War II: “I finally came to the conclusion that he maybe he was right. Maybe there’s no such thing as heroes. Maybe there are just people like my dad. I finally came to understand why they were so uncomfortable being called heroes. Heroes are something we create, something we need. It’s a way for us to understand what’s almost incomprehensible, how people could sacrifice so much for us, but for my dad and these men, the risks they took, the wounds they suffered, they did that for their buddies. They may have fought for their country but they died for their friends. For the man in front, for the man beside him, and if we wish to truly honor these men we should remember them the way they really were, the way my dad remembered them.”

Eastwood probably had this quotation repeating in his head throughout the filming of American Sniper and knew that many people would question Kyle, American Sniper and the definition of a hero. Kyle matches the quotation perfectly and this is why Eastwood was not afraid of the criticism that he knew would transpire.

Regardless of whether or not Chris Kyle should be considered a hero, American Sniper is an eye opener for all those who watch it. Especially because the US is still involved in the war in the Middle East and ISIS is more potent than ever – not only overseas, but on our own soil. It is more powerful than past war films due to the fact that it is currently happening and almost everyone knows someone who is involved.

American Sniper’s popularity has not suffered due to the negative comments and they may have even propelled more people with the desire to see it. American Sniper has been nominated for six Oscar nominations, including Best Picture, Best Actor, Best Adapted Screenplay, Best Film Editing, Best Sound Editing, and Best Sound Mixing. It is also breaking box office records with $105 million in opening weekend ticket sales and a total of $200 million since the release date on January 16th.

The drama will cool down when the film leaves the theaters but the negativity will resurface when it wins multiple Oscars and many other awards. American Sniper will not be forgotten and neither will the true meaning of a hero.