Note: This is a satirical article 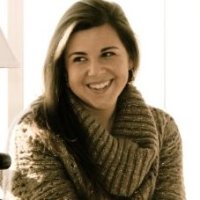 There has been great debate about the contents of a certain teacher’s coffee cup. Earlier in the year, it was hinted by several students on Twitter that Ms. Chaga- one of two teachers in the Media Studies class- was putting a little something extra into her morning brew.

“She’s always happy and hyper and smiling…I mean, nobody’s like that all the time. I thought something was up at the beginning of the year, and now I’m fairly certain that Ms. Chaga is spiking her coffee,” revealed Gabe Ullman, a junior in the class who sits directly in front of Ms. Chaga’s desk.

Ms. Chaga has been a teacher at Haverford for the past seven years, and has been teaching the Media Studies class for the past three. She graduated from St. Joseph’s University in 2008 with a Bachelor of Arts in English Literature, and four years later she completed a Master of Science in Reading, Writing, and Literacy at the University of Pennsylvania.

Always seen in the mornings with either a coffee or a liquid of some sort, Ms. Chagas’ students have become wary of whatever is in that cup.

Upon further inspection, the strong scent of caffeine was laced with the normal aroma of coffee- an added dose of it to get Ms. Chaga through the morning? Once she drained her disposable cup of the contents and threw it out at precisely 8:38 in the morning, a student was employed to retrieve it from the trash. At the bottom, a thin trace of white powder was confirmed to be added caffeine.

Upon the confrontation about the substance and her hyperactive tendencies in the morning, Ms. Chaga clammed up.

“I don’t add anything to my coffee except for Splenda and skim milk!” She said while shaking slightly. She wasn’t able to meet anyone’s eyes, but several students did notice that she kept taking sips from another coffee drink throughout the whole interview.

“Should we go and talk to someone? I don’t know. I like Ms. Chaga, but I don’t necessarily think that the model she is setting is a good one for students to follow,” quipped a concerned Pedro Belham, a senior in the Media Studies class whose caution about the situation is not shared with all the students.

“I think that she can add whatever she wants to her coffee- caffeine isn’t illegal, is it? So what if she shakes a bit and is sort of crazy. I would rather her be hyperactive than boring like some of the other teachers I have to put up with.” Said a nonchalant John Profit, as he ate a baggie of cookies from the school cafeteria.

Whatever the case with Ms. Chaga and her mysterious additives, the students in her class continue to give mostly good opinions about her, and respect and accept her whatever the caffeine level:

“I think Ms. Chaga is great! I think she does a really good job of handling a really crazy class; no one can come into this room and say ‘Wow! These kids are great!’ Cause, honestly? Most of the kids in here aren’t. Ms. Chaga and Ms. Barrett are both great teachers, and if they want a little extra kick in their coffee to get through the morning, I fully support it,” quipped a smiling Kelly Burke; this is her first time in the Media Studies class, and having Ms. Chaga as a teacher.