Review: “The Imitation Game” offers a mystery inside the Enigma 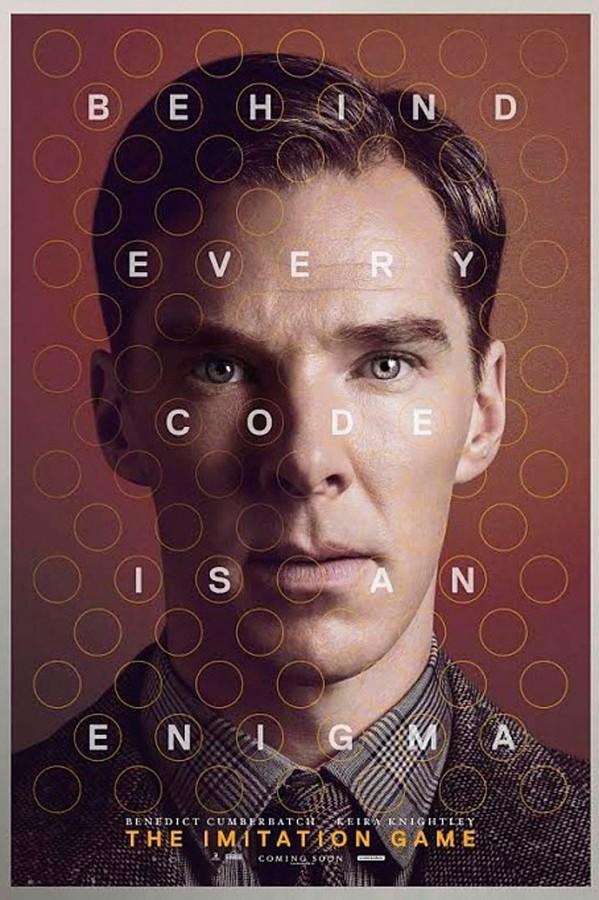 The end of 2014 was an exciting one for moviegoers. Against the louder and more-publicized releases of films like Unbroken, In the Woods, and The Hobbit, as well as the scandal surrounding the release of The Interview, one highly worthy film seemed to slip under the blockbuster radar; little was mentioned of it and very few mainstream movie fans even knew what the story was about.

Despite the lack of attention, The Imitation Game garnered rave reviews from critics and common film lovers alike, and it was a powerhouse throughout, now earning the film nominations in five categories at the upcoming 72nd Academy Awards.

This story is loosely adapted from biography, Alan Turing: The Enigma by Andrew Hodges and is set in London during the beginning of World War II. The focus begins on the German coding machine known as Enigma. This powerful machine is Germany’s key to the war; it is used to code messages containing information about war strikes making it possible for the allies to intercept messages yet not able to read them. This is where the protagonist, Alan Turing, enters the story.

Turing, expertly played by Benedict Cumberbatch, is an elite mathematician and expert puzzle solver who is enlisted to a team of experts whose jobs are to crack the code of this impossible machine. This journey introduces Turing to a wide array of fellow geniuses and leads him into a maze of his own while trying to figure out how to stop the Germans by being able to decode all messages intercepted by the allies.

The one true marvel of this movie was how accurately Cumberbatch was able to portray Alan Turing. Cumberbatch seemed to understand the interworking of a genius’s mind and nailed the quirks of his socially awkward mannerisms and even the little nuances like his stutter.

As the movie unfolds, the audience is welcomed to unlock the puzzle itself but also given a rare glimpse into the enigma that is Turning.

Keira Knightly also portrayed the movie’s only female lead, being the only women to make it onto to the team of geniuses and help solve the puzzle of Enigma. She was a very strong female character in this film and contrasted greatly with the meekness of Turing. The only downfall of Knightly’s involvement in the film was how little screentime she was given. Despite this, Knightly was rightfully given a nod by the awards committee with a nomination in the Supporting Actress category.

On the technical side, this movie is arranged in a unique way. Even though it is categorized as a drama, the scenes are structured more like those of a mystery with clues and plot twists trickling in by the minute. The design allowed for a puzzle within itself, which helped to tell the story in a unique and captivating way.

Additionally, this film had an incredible score which seemed to follow the idea of a mysterious puzzle that fit the timing and actions on screen beautifully.

Going in without expectations, this movie was an outstanding surprise and truly one of this years best films. This cunning movie is looking strong entering awards season with many nominations and a newly discovered fan-base.